Giant Sculpture of Ancient Andean Gods Carved into a Mountain in Peru. 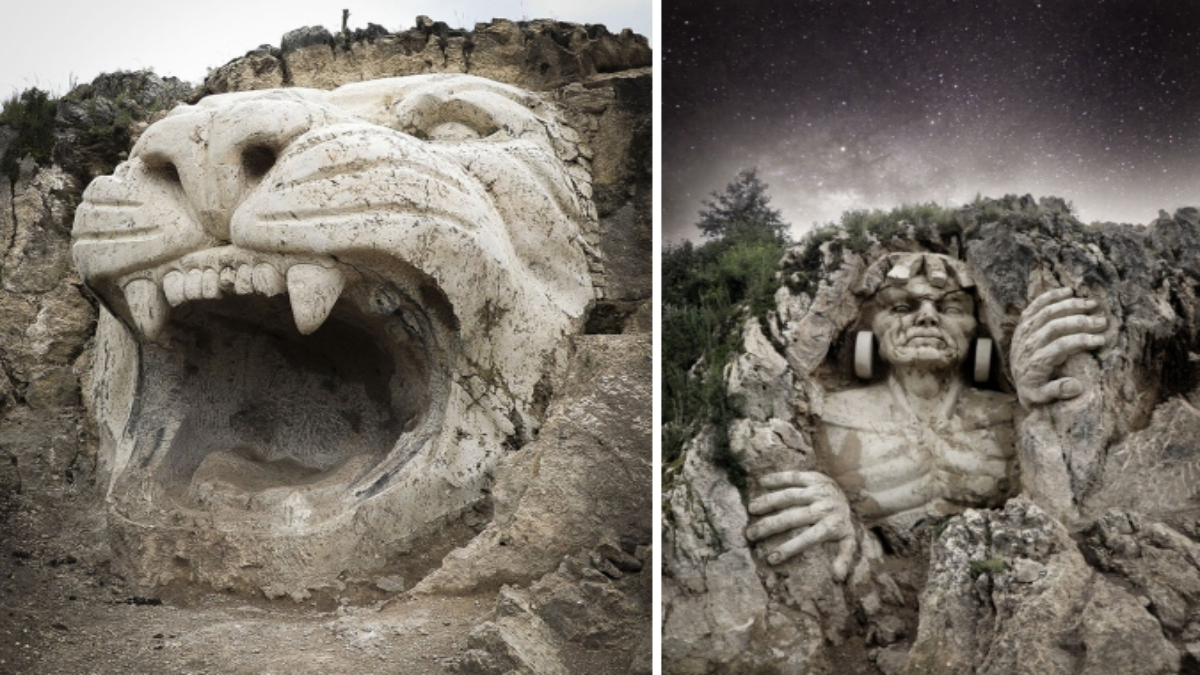 In a brand-new tourist destination in Cusco, Peru, enormous sculptures of legendary Andean deities have been chiseled into a rocky mountain. Early in the 13th century, the Inca civilization first emerged in the Peruvian mountains. The empire, which had Cuzco as its capital, covered the Andean mountains and the Pacific coast. Eventually, it expanded to become pre-Columbian America’s biggest empire.

One of the most important Inca archaeological sites is Macchu Picchu, located in southern Peru. And recently, Cusco-based sculptor Michael de Titan unveiled his most recent endeavor in honor of the fascinating culture and heritage of the Inca empire. His creations include a series of sculptures carved directly into a sacred mountain in Cusco that show various ancient Andean gods.

The Incas called these “sacred mountains” Apus because they thought that gods lived in them. People used rituals, sacrifices of humans, prayers, offerings, and other offerings in these mountains to interact with the gods.

Only a chisel and a hammer are used by sculptor Michael De Titan to create the enormous sculptures.

De Titan also sculpted a puma head, which was considered a divine animal and was part of the Inca trilogy, along with the condor and the serpent. Tpac Amaru, the final ruler of the Neo-Inca State who was assassinated by the Spanish after the collapse of the empire, is also portrayed among the gods and the divine puma.