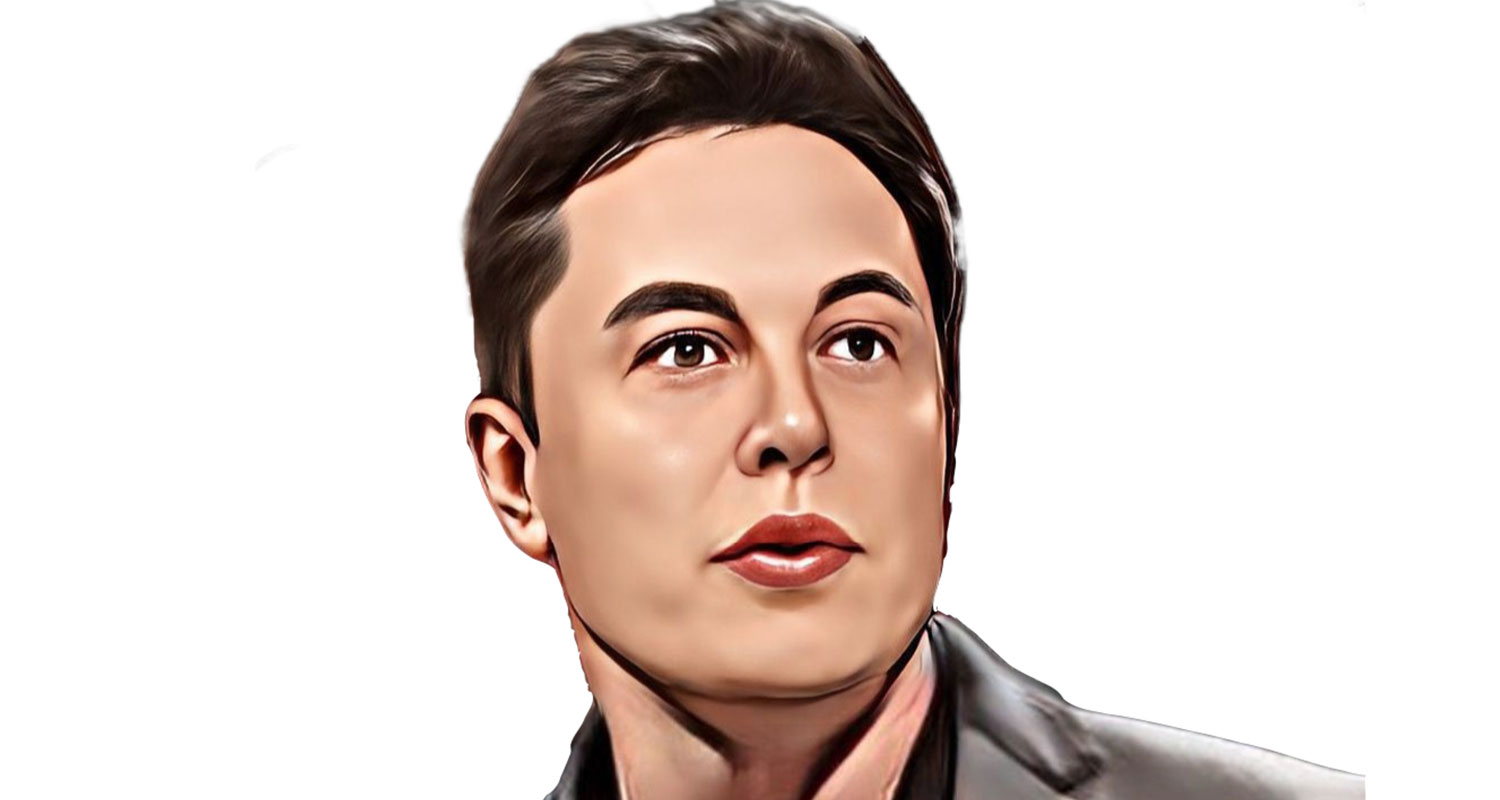 Twitter owner, Elon Musk has told a US court that his reorganisation of Twitter is almost done, and he’ll spend less time on the company by the end of this week. The team of lieutenants he assembled to help with the transition is already inching toward the door.

The group of trusted advisers that were by Musk’s side as he navigated his first few weeks as Twitter chief — including venture capitalists David Sacks, Jason Calacanis and Sriram Krishnan — have been less visibly active at the company over the last week or so, according to people familiar with the matter.

None of the men spoke at an all-hands meeting at Twitter’s San Francisco headquarters last week, and they’ve dialled back their own tweeting after initially enthusiastically using the platform to cheer for the changes that Musk was making.

In the weeks since the deal closed, an already messy situation has only become messier

During the early days of the transition, Musk’s right-hand men were everywhere: Sacks, who worked with Musk at PayPal, discussed ideas with Twitter’s product team, while Calacanis, a former scout for the venture firm Sequoia Capital, met with advertisers and marketers. Krishnan, who previously worked at Twitter, helped Musk identify product and engineering leaders — Behnam Rezaei, who has been running engineering under Musk, had worked closely with Krishnan.

All three were seen in the office in the days immediately after the deal closed. At first, they eagerly discussed their involvement, including tweeting about it and, in the case of Calacanis and Sacks, discussing it on the podcast they host with fellow investors Chamath Palihapitiya and David Friedberg. Calacanis, Krishnan and Sacks were added to Twitter’s internal Slack messaging account, according to a person familiar with the situation, along with two other VCs who have taken a more low-key public role: SpaceX board member Antonio Gracias, founder of Valor Equity Partners, and Sam Teller, Musk’s former chief of staff and now a venture partner at Valor Equity.

In getting so involved, they stepped outside the traditional purview of VCs, who generally avoid prominent roles not linked to their own start-up companies and whose expertise lies in helping early stage, high-growth businesses. Twitter was founded 16 years ago, and went public in 2013. It’s now privately held again as a result of Musk’s reluctant US$44-billion buyout.

“It is rather peculiar” for seasoned VCs to devote their time to such a long-established company, said Ayako Yasuda, a finance professor at the University of California at Davis.

But in the weeks since the deal closed, an already messy situation has only become messier. The launch of a new verification tool in early November was quickly reversed, after it enabled the creation of legions of fake accounts. Thousands of people have been laid off, with some asked to return days later. Musk has scrambled to reassure spooked advertisers, and even talked about the possibility of bankruptcy.

The three men won the billionaire’s trust over years of spending time together socially and investing in each other’s endeavours. Musk helped fund Mahalo, a now-closed search engine that Calacanis launched in 2007. Sacks’s Craft Ventures has backed several of Musk’s companies, including Boring Co, Neuralink and Tesla. Krishnan holds a personal investment in SpaceX, according to his LinkedIn; his employer, Andreessen Horowitz, provided Musk with financing to help take Twitter private. They also hold one of Musk’s personal bugbears close to their own hearts. Twitter accounts have, in the past, pretended to be both Calacanis and Sacks in attempts to score cash and bitcoin. And not long after Krishnan joined Twitter as a product manager in 2017, he received a plea for help from Musk, who wanted to stop people impersonating him on the site, according to a person familiar with the matter. Musk has said the issue of bots on the platform is what drove him to want to acquire and reform Twitter. It’s also what made him try to back out of the deal.

“People would instantly say, I’ll pay for this for five or 10 bucks a month, to be verified,” Calacanis said late last month on his All-In podcast, addressing a potential fix to the bots issue. Since the roll-out of Twitter Blue appeared to augment uncertainty around the identity of users, the podcast hasn’t returned to the topic. As of Friday, the $7.99/month service was still suspended.

Calacanis, with more than 600 000 followers and 42 000 tweets, is the heaviest Twitter user among the trio. The 51-year-old New York native is a onetime technology journalist who later founded Launch, a start-up accelerator and investment firm. As the Twitter takeover saga was playing out, he told Musk he’d be willing to run the company. “Put me in the game coach!” Calacanis wrote in a text to Musk that came to light during litigation over the deal. “Twitter CEO is my dream job.”

On 31 October, he met with Twitter advertisers and marketers in New York. “Let’s do the work,” he tweeted that morning with a picture of a coffee cup and a napkin sporting Twitter’s blue bird logo. The New York Times reported on 11 November that Musk had dispatched a lieutenant to ask Calacanis to hold back on tweeting so much, after he appeared too involved in product development or policy.

Since then, his tweets about the service have become fewer and further between. On Friday, as questions swirled around Twitter’s future after many employees took a severance deal, Calacanis added his own wry commentary: “Did this tweet go through? Anyone see this?” Sacks quickly responded: “How did you get the Twitter to work? I don’t get it.”

It remains to be seen whether Musk is able to stick to his plan to devote less time to Twitter, as he told the judge.

Sacks and Musk go back the furthest. They got to know each other at PayPal, which Musk co-founded in 1999 and where Sacks was chief operating officer. Sacks started Craft Ventures in 2017, which in addition to the Musk companies, has backed buy-now, pay-later lender Affirm Holdings and analytics business Addepar. On 7 November, he had tweeted he has “no official role” and is merely trying to be “helpful around the margins”.

Being tangentially involved with the company’s reorganisation “entails some pretty obvious risks of guilt-by-association if Twitter continues on its current path”, said Robert Bartlett, a law professor at the University of California at Berkeley. Of course, if Twitter regains momentum, it becomes “an opportunity to obtain some notable bragging rights”, Bartlett said.

Krishnan, a 39-year-old immigrant to the US born in Chennai, India, seems to have the most experience that’s directly relevant to helping out. He’s held product roles at Microsoft, Facebook and Snapchat, according to his LinkedIn profile. Co-workers from his time at Twitter say he was collegial but slow to make decisions. Krishnan didn’t respond to a request for comment.

As for Musk’s impersonation issues in 2017, Krishnan did try to help, according to a person familiar with the matter. For a while things got better, but scammers kept coming up with new ways to meddle.

Krishnan joined Andreessen Horowitz as a general partner in early 2021, focusing on cryptotechnology. He tweeted a defence of the Twitter Blue service days before it first rolled out, but since then has stayed silent on the topic. Recently, he’s been posting from Chennai, where he and wife Aarthi Ramamurthy hosted a live episode of their podcast.

It remains to be seen whether Musk is able to stick to his plan to devote less time to Twitter, as he told the judge. He’s already announced a relaunch of Twitter Blue Verified, scheduled for 29 November, and told remaining employees that they need to accept working long hours at “high intensity”, or take a severance package. For his team of advisers, all of whom said they were keeping their day jobs, no such decision will be necessary. “Elon’s the CEO, he’s running it, he’s the decider, he’s making the decisions,” Sacks said on his 4 November podcast . “We’re just helping a friend.”