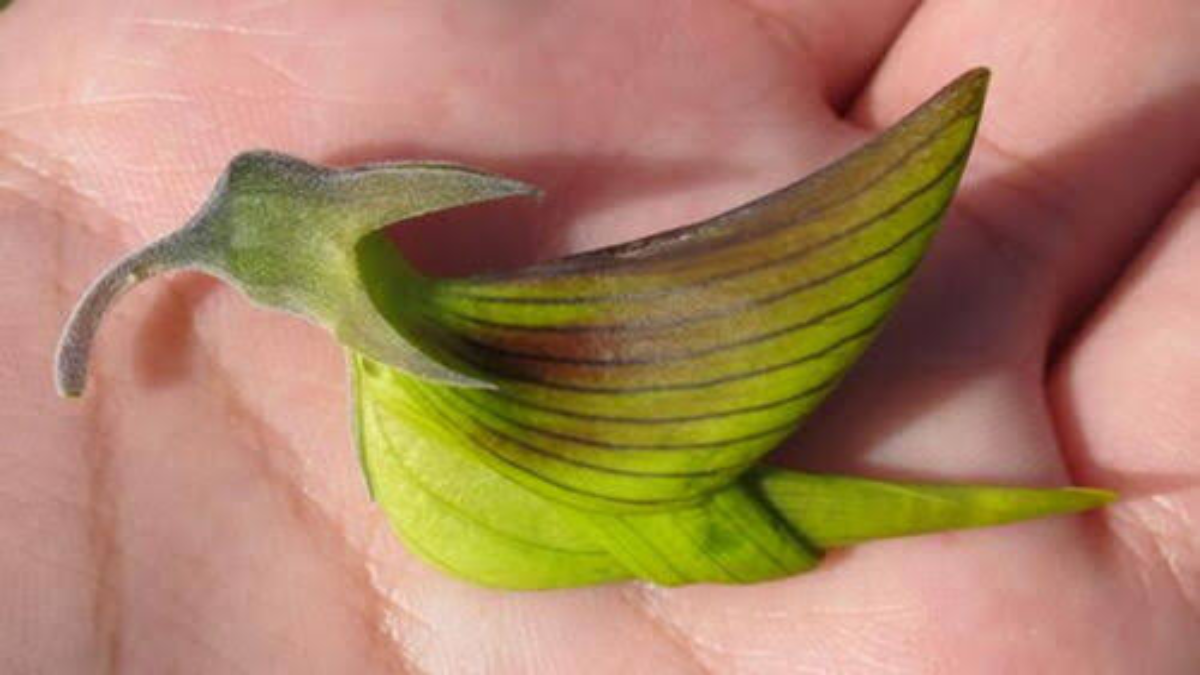 The plant Crotalaria is derived from the Greek word for rattle because the seeds of this species which is also called rattle, and cunninghamii is named after the botanist Allan Cunningham, who lived in the early 19th century.
This plant  also referred to as green birdflower, birdflower ratulpo, parrot pea, or regal birdflower, and it belongs to the Fabaceae family of legumes.

The short-lived perennial plant is a native to Australia, and it prefers the deserts, dunes, and drainage systems of Western Australia’s northern half as well as the Northern Territory. Semi-arid to mild climate regions with well-drained soils make up their habitat.

Description of this species of Plant

The perennial green birdflower can reach a heights of one to three meters. It has a pale green leaves and hairy branches. The  Lengthy peaks at the ends of the plant’s branches bear flowers. The flower has a strong resemblance to a bird with its beak fastened to the center of the flower head.   Hairy petioles partly encircle the Mauve flowers. The non-allergenic Crotalaria cunninghamii has large, nearly square pods that are coated in a soft, green hairy shell. It is also a non-toxic plant.

This species of plant can be used to replenish soil nitrogen because of a symbiotic relationship it has with bacteria in the soil that creates nodules and traps nitrogen from the air into the surrounding soil.

One thought on “‘Crotalaria cunninghamii’ The Green Bird Flower & its Medical Uses.”