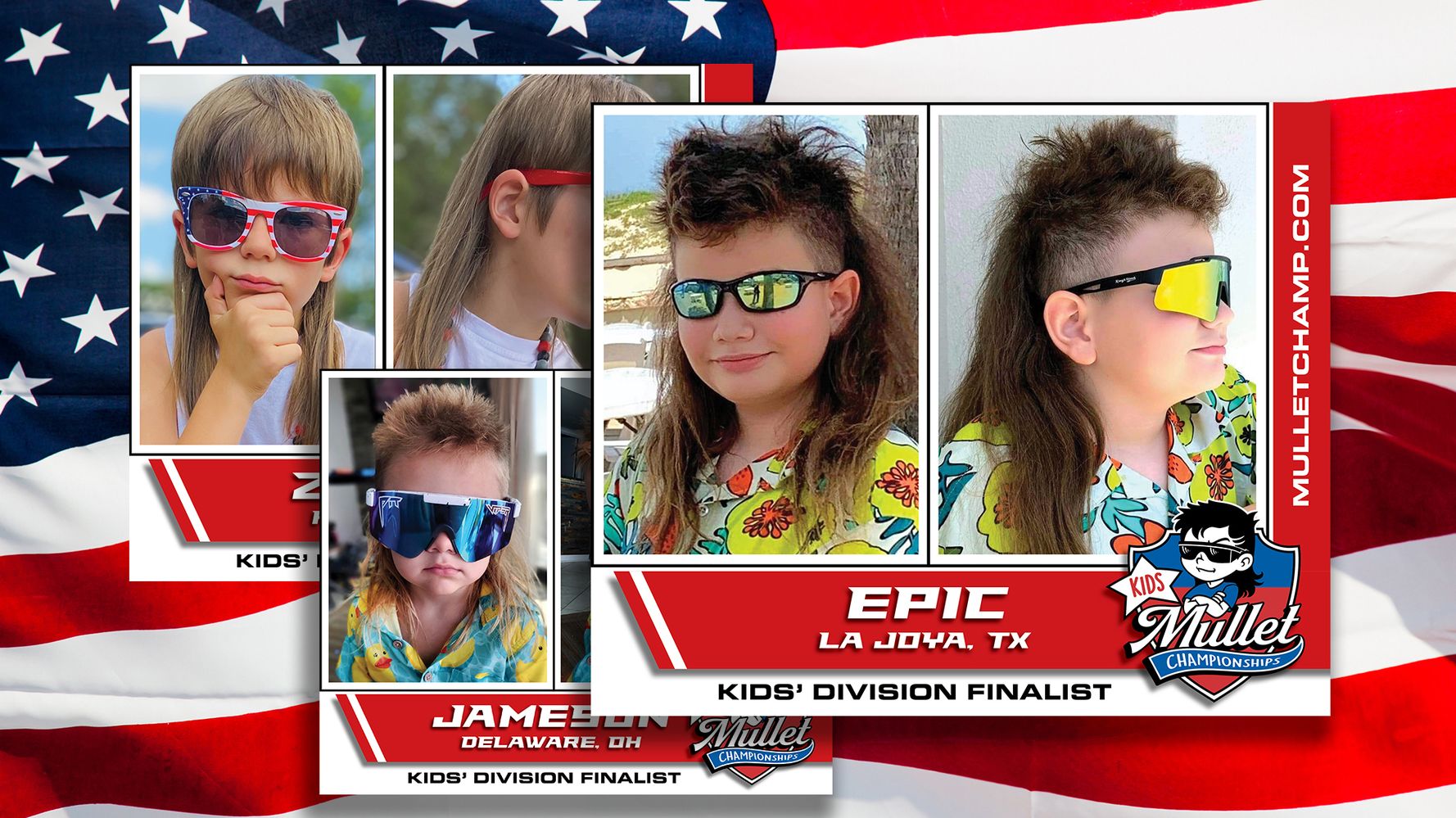 The magnificent mullet is the quintessential representation of American liberty.

The hairdo immediately conjures up pictures of shooting a gun, rocking out to Lynyrd Skynyrd, and riding a four-wheeler through the desert—possibly all at once.

It served as the pinnacle of revolt and self-expression in the punk movement of the 1970s and lesbian culture of the 1980s.

The mullet, which is associated with the saying “business up front, party in the rear,” perfectly captures the dual nature of man.

In recent years, several celebrities and hip young Londoners and New Yorkers have joined the trend, giving the look a modicum of a resurgence.

However, the mullet has persisted in many neighborhoods, and a whole new generation of small children are already carrying on its tradition.

The annual USA Mullet Championships, which have been going since 2020, are currently accepting votes for the kids’ division.

Voting ends tomorrow, and there are now just 25 candidates left in the race. Cast your vote now if you can.

It was first introduced by Michigan’s Bridge Street Exchange, a men’s clothes retailer, as a marketing concept, and has since developed into a major occasion.

As “the nation’s official mullet-ranking authority” and “a prominent platform within the mullet domain,” the competition calls itself such.

A boy named Jameson from Delaware, Ohio, who has amazing riding shades and spiked up hair on top, is one among the young competitors this year.

Landry, a young man from Duncan, Oklahoma, has an American flag shaved into the side of his skull to show even more patriotism.

We had to include a young man from La Joya, Texas, named Epic Orta (if there is anyone else with that name in the world, please get in touch with us).

Epic simply emanates mullet energy, and if you told me his hair naturally grew that that, I’d totally believe you. One admirer remarked, “He’s like Dog the Bounty Hunter reborn.”

Rustin Alphin, from Pocahontas, Arizona, who is one of the contenders with longer hair and already appears to be a member of a hair metal band, will be his fiercest rival.

One bystander commented, “Rustin has a gorgeous mullet, no doubt, but Epic is oozing pure mullet energy from his very being.”

“Epic is the mullet personified. Mullets are 50% style and 60% attitude,” said one critic. He actually owns two pairs of sunnies from a gas station.

The event teamed up with Major League Eating, the organization behind Nathan’s Hot Dog Eating Contest, another distinctly American event, earlier this year.

According to the organizers, “MLE’s experience developing a sponsorship-driven live-event brand will assist support the quick growth of the cutthroat mullet world.”

George Shea, the chairman of Major League Eating, added: “The mullet is more than just a hairdo; it’s a way of life.”

“We are thrilled to help present the platform to new fans and sponsors alike,” the organization stated. “We feel that the USA Mullet Championships is a cultural phenomenon that resides at the essence of the American experience.”

The deadline to register for the adult competitions is August 31; feel free to do so if you believe you have what it takes.

Second and third place winners will each receive a Mullet Champs gift set in addition to $2,500 for first place.

The championship provides a brief history of the mullet on its website, claiming that while its heyday “finished in the early 1990s,” it “never totally disappeared from significance.”

Instead, it lost favor with the general public and rose to fame within a variety of subcultures, including those of Native Americans, country music artists, lesbians, and lesbians.

Even Jennifer Arnold produced an Amazon Prime documentary titled American Mullet in 2002 on the hairstyle.

According to the website, North Korea is also cracking down on the obscene barnets and the mullet was outlawed in Iran for being too much of a “Western haircut.”

No matter what you think of it, the mullet has sufficiently ingrained itself into the American aesthetic, it continues.