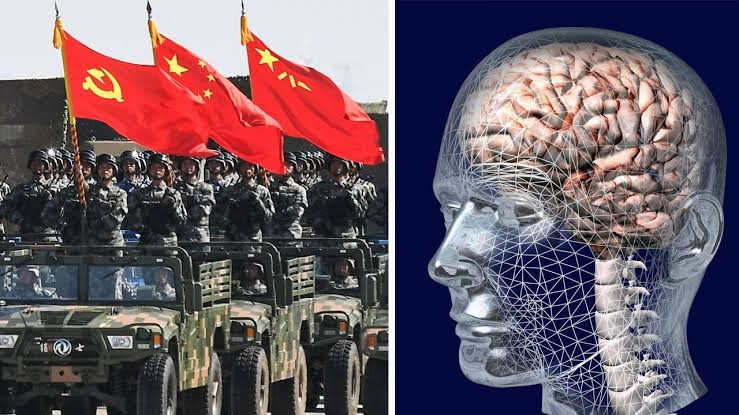 The United States government has sanctioned China’s Academy of Military Medical Sciences and 11 affiliated research institutes for using ‘biotechnology’ that ‘controls the brain’s to support the armed forces.

The US Commerce Department, which blacklisted the Chinese institutes, did not go into detail about the weapons – but another separate cache of military documents from 2019 gives hints that China is focusing on ‘paralyzing and controlling the opponent’ by ‘attacking the enemy’s will to resist’, instead of destroying the enemy.

The 2019 documents obtained and translated by the Washington Times show that the Chinese Academy of Military Sciences and its affiliates are now on the ‘entity list’, meaning American firms cannot export or transfer goods to them without a licence.

One US official, speaking to the FT, said the technology that China is trying to develop includes ‘gene editing, human performance enhancement [and] brain machine interfaces.’

Gina Raimondo, the US commerce secretary, said there are concerns that China will use any of such weapons to maintain control over its own citizens – including ethnic minority Uighur Muslims.

‘Unfortunately, the People’s Republic of China is choosing to use these technologies to pursue control over its people and its repression of members of ethnic and religious minority groups,’ she said.

‘We cannot allow US commodities, technologies and software that support medical science and biotechnical innovation to be diverted toward uses contrary to US national security.’

The Commerce Department also blacklisted companies from China, as well as Georgia, Malaysia and Turkey, for allegedly diverting US items to the military of Iran, a US adversary.

The Chinese Academy of Military Medical Sciences was allegedly involved in the creation of the covid-19 vaccine according to the former Trump administration.

This year however , the academy has been active in development of a Covid-19 vaccine even though the United States has been increasingly alarmed by the connections between civilian and military research in China.

Is ChatGPT the Start of the AI Revolution?