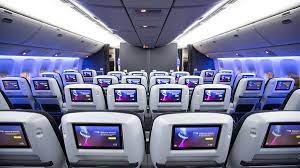 British Airways has announced that passengers in the airline’s Club World business class cabin will once again enjoy a full meal service. The oneworld alliance member has described its new offering as “a more brasserie-style dining experience,” and the change will no doubt come as welcome news to passengers.

The airline’s onboard service was modified at the start of the pandemic to reduce contact between passengers and crew. This meant that all courses were served at the same time on one tray, something that passengers often felt detracted from the premium experience.

As part of British Airways’ new service standards, each course will now once again be served individually and hot and cold towels will also make their return to the airline’s premium cabins. Club World passengers will, however, still have the option to choose an express, single-tray service on certain flights in order to maximize sleeping time.

In addition to improving service standards, the airline’s onboard menus in its Club World cabin will benefit from a refresh too. Passengers will see the return of hot soups, such as artichoke and parmesan soup with rye croutons, as well as warm desserts, including the airline’s apple strudel with vanilla sauce.

Made from premium ingredients sourced from local suppliers, the new seasonal menus will celebrate the best of British cuisine. Dishes will include the airline’s signature British Original Cottage Pie or chocolate fondant with crème anglaise.

According to British Airways, there will also be regional variations on specific routes, including lemon and herb grilled mahi-mahi fish on its Caribbean routes, chicken dum biryani on flights from India, and king prawn machbous from the Middle East.

New menus and service styles have been trialed over recent months with both passengers and cabin crew, to ensure that the London Heathrow-based airline can offer the best experience possible to its premium passengers. The return to full service has been a long time coming for British Airways, and the refreshed onboard service is likely to prove popular among travelers.

British Airways’ head of onboard experience, Sajida Ismail, said,“It’s incredibly important that when we brought our full service back, it exceeded our customers’ expectations. We have taken time to ensure that we are offering a premium brasserie-style dining experience that not only tastes good, but one that our crew feel confident in delivering. We have had such great feedback from the recent introduction of new menus across our First, World Traveller Plus, World Traveller and Club Europe cabins and we know our new Club World menus won’t disappoint.”

The Club Suite is available on all the airline’s Airbus A350 aircraft, and continues to be rolled out across its fleet of Boeing 787s and Boeing 777s. British Airways recently announced that from October 30th, business class passengers will be able to enjoy the new Club Suite on the airline’s longest route, London Heathrow – Singapore – Sydney.

As part of its Club World refresh, British Airways has also revamped the Club World check-in area at Terminal 5, enhancing the experience for its premium passengers.