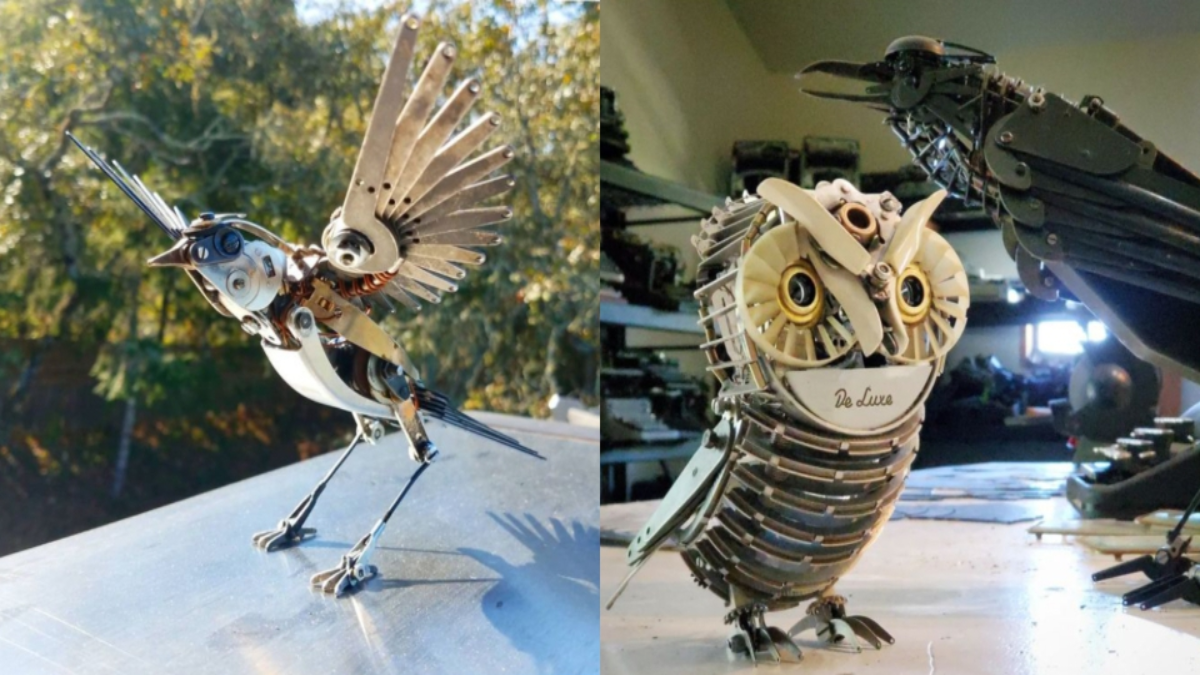 Many metal sculptors create their works using discarded machine parts. However, Jeremy Mayer, an American sculptor, makes truly awesome sculptures out of nothing but mechanical typewriter parts and materials.

Mayer, who was raised in Northern Minnesota, loved to watch MTV while typing song lyrics on his family’s 1920s Underwood typewriter.

How Does Jeremy Mayer Create Lifelike Creatures Out of Typewriters parts?

Mayer’s background as a mechanic, package designer, illustrator, stained glass restorer, and sculptor’s assistant led him to pursue a career in metal sculpture. By doing so, he acquired the necessary skills.

Since the typewriter combined technology and nature on one platform, he started using it as a creative outlet. He has been performing this for more than 25 years.

To avoid damaging, scratching, or breaking the typewriter parts, Mayer steers clear of using machines to disassemble the machines. He never employs anything other than screwdrivers, wrenches, pliers, and similar tools. Disassembling the tiniest parts and assemblies from the typewriter by hand and placing them precisely where they belong on the sculpture is no easy task. All of this calls for a lot of imagination and creativity.

The Nevada Museum of Art in Reno, Nevada, the San Francisco Museum of Modern Art in San Francisco, California, the Salon Des Indomptables in Paris, France, and the Ripley’s Believe It or Not several museums have all featured Mayer’s artwork. His current residence is Oakland, California, in the USA.

The fact that Mayer doesn’t use any power tools, glue, wire, welding, or other similar materials is really surprising.

Mayer is a prolific sculptor who creates a variety of sculptures, including insects, animals, and human figures. His proficiency with metal gives his creations a realistic, not skeletal, appearance. His female form is a prime example. Despite being entirely made of metal, it exudes poise and grace.

Yard sales, thrift stores, and even typewriter repair shops are where Mayer finds typewriter-related items. Since mechanical typewriters are extinct, he doesn’t encounter a shortage of such information. He also makes a conscious effort to protect the environment by avoiding long car trips in search of sources.