After my baby died, I developed agoraphobia and was too scared to leave the house 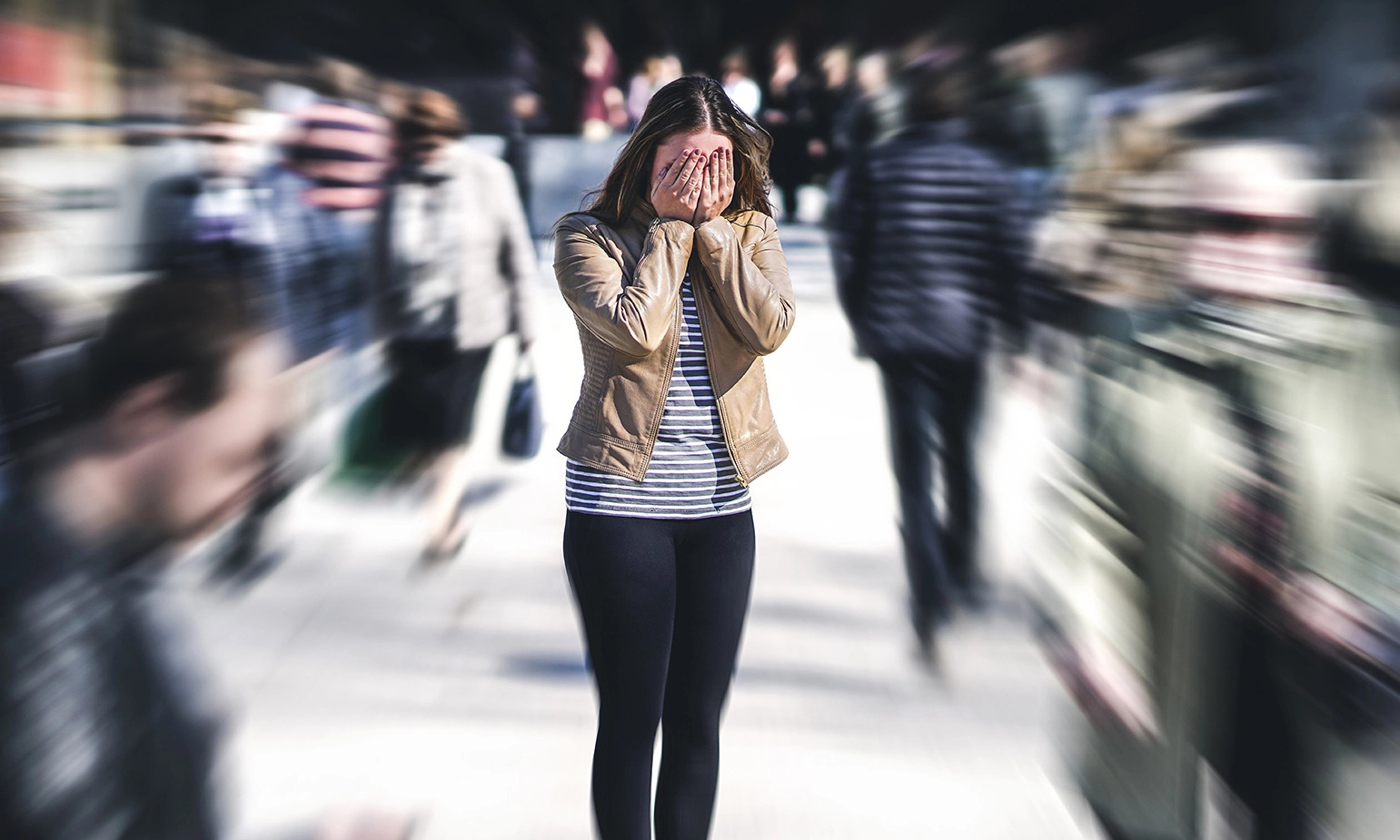 Even though she was just a few minutes born, I named her Samantha.

Before I had her in my arms and the medical staff snapped a Polaroid photo of her for me to keep as a memory, I can still hear her struggling to breathe.

After that, by myself, and with milk filling my breasts but no baby, I was sent to postnatal care. At 27 weeks and 6 days, Samantha was not considered to be a “viable” pregnancy.

She was my first child, so I had no idea what to do when I started experiencing back and stomach pain a few days earlier. On the second day of intense agony, I went to my GP, who informed me that I was in labor. I chose to ignore it and even slept on it.

I received a blue light to the hospital and was informed that my baby’s chances of survival were 50/50. She was breech and too little.

As they attempted to treat her and after she stopped breathing, I can still picture the doctor’s and midwife’s faces. It provided all the information I required.

I blamed myself even though there was nothing I could have done to save her.

Sincerely, a few weeks later, I started to experience a breakdown.

There wasn’t the same awareness of mental health then as there is now. I was in a terrible mood and had no idea what was wrong or what was happening to me.

I couldn’t even put my washing out on the line for the fear of having a heart attack and dying. I was a shadow of my former sociable, bubbly and outgoing self

I gradually began to experience all of these various feelings, which I now recognize as anxiety and panic symptoms. Babies were everywhere, and many of my friends were also having them.

I soon experienced my first panic attack and dialed 911 because I feared I was going to pass away. They began to occur regularly, and they only grew worse.

The thought of suffering a heart attack and passing away prevented me from even hanging my laundry out to dry. I had lost all social, effervescent, and extroverted qualities.

I dreaded meeting any women with their bouncy babies who started avoiding me because they didn’t know what to say. I had no idea how to interact with others, react to them, or socialize.

Because I viewed my house as a haven of security, I developed severe agoraphobia. When your anxiety and panic attacks get so severe that you experience fear whenever you attempt to leave the house, you are forced to stay inside.

My house felt like a jail, almost. I’ll admit that I contemplated suicide because I couldn’t see a way out, yet it was in my most hopeless moments that I discovered faith. Looking back, I’m positive it was God who saved me.

I mustered the courage to ask for help from a professional and then I began exposure treatment. This includes completing chores assigned by my physician, like a little stroll down my block.

I would gauge the level of fear on a scale of 1 to 10, then wait for the anxiety to reach its height before returning home. I prayed as I worked and completed these daily obligations.

Shortly after we lost Samantha, my relationship with her father came to an end, and at the end of 1987, I started seeing Mark, who is now my husband. Before being sick, Mark and I used to play darts together at a nearby bar. Mark was a part of the gang.

Life quickly improved, and I believed I had overcome the worst.

However, my father tragically passed away unexpectedly in 1996, leaving me 33 weeks pregnant with my third child after Samantha. This was a complete shock. I experienced another breakdown out of fear that I would lose my third child the same way I did Samantha and that history would repeat itself.

I considered John’s miraculously safe birth at 38 weeks as a fulfillment of my prayers.

Even though it was a terrible moment, I held to my life and my beliefs. I sought aid from a psychotherapist to start taking small trips to the end of my street when anxiety and agoraphobia flared up once more; occasionally, I’d panic and turn back.

But each time, I forced myself to work for an additional minute. Get to the car, lamppost, or corner store.

My therapist once instructed me to browse Boots’ selection of cosmetics for five minutes. It now seems so absurd, but at the time, it seemed like a lifetime. I came close to giving up numerous times, but I succeeded. I overcame my fears with the aid of God, prayer, and faith.

I began telling myself, “I’m a strong person, I can get through this,” in my head. I wanted to instill boldness and bravery in my kids so they wouldn’t be afraid of who I was. I gradually increased my walks to a mile, then two, then three…

I now have three children and have been a certified walking leader for more than ten years. Around Kent, where I live, I can frequently lead parties of up to 20 people on long-distance excursions over breathtaking hills and lovely natural landscapes.

I would have laughed at you from the comfort of my house if you had told me 20 years ago that I would be leading walks into the countryside.

My therapy is walking. It is soothing and gives me a sense of being rooted and living. It feels like my breathing has returned. It provides me time to reflect and gather my thoughts.

Samantha would have turned 35 this year. In an effort to raise money for the nonprofit Mission Aviation Fellowship (MAF) as part of its “Time In Their Shoes” campaign, I made the decision to walk 350 miles over the Kent Downs.

MAF provides vital assistance and care to those in need, frequently in the most isolated and far-flung regions of the globe. This organization is incredibly inspiring.

They provide an aircraft to transport expecting moms or anyone who are in an emergency to hospitals, which are frequently located a week’s walk away.

When my son Marc began working for MAF in 2017, that’s when I first learned about them.

I learned that a Papua New Guinean mother was in labor with her second kid for four days despite the fact that the clinic was unable to assist. She was experiencing intense contractions and was completely worn out. She had to travel seven days to get to the nearest hospital, but MAF was able to get her there on a 35-minute trip.

She and her kid are thankfully still alive and well, but not all mothers are given the same blessing.

When I lost Samantha, the NHS blue-lighted me to the hospital. I couldn’t image the pain of having to walk hundreds of miles while my baby’s life was hanging in the balance.

At the end of our 455-mile walk for MAF, which we completed during Mental Health Week, we raised more than $1,000.

I’m living proof that there is always hope at the end of the road and that you should never be ashamed to seek for assistance.

The best strategy for healing is to confront the problem head-on and push through the gloom to the other side.