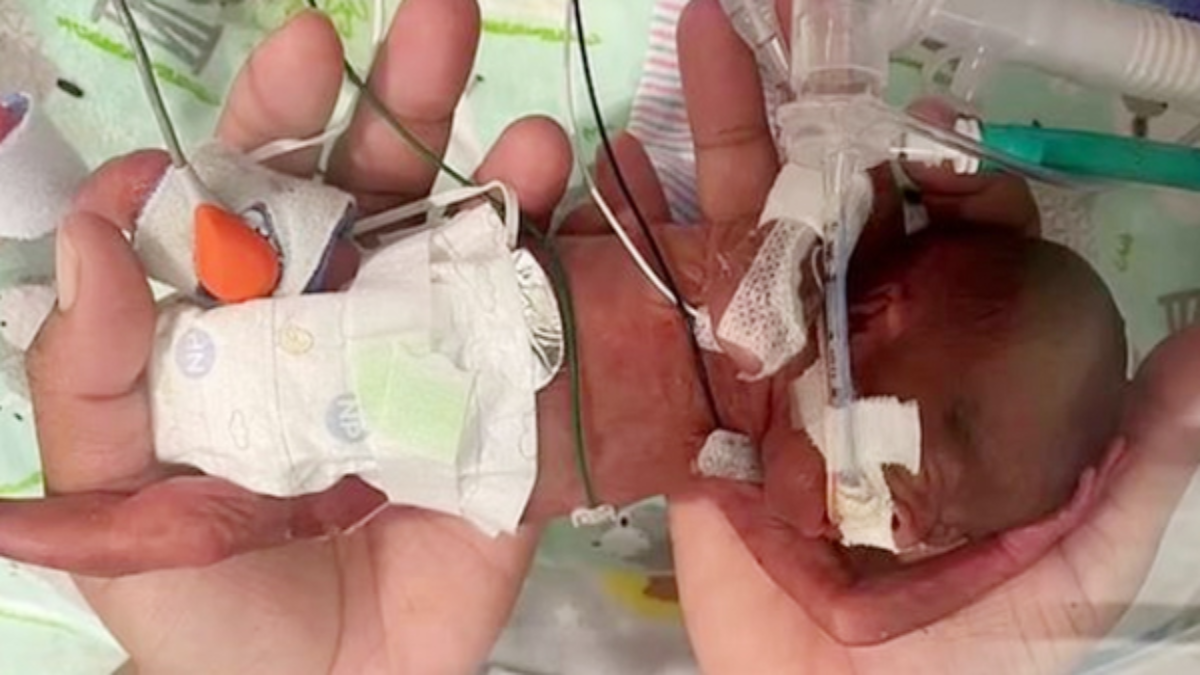 After being delivered over 20 weeks early and weighing less than a pound, a boy has been recognized as the most premature newborn ever. Twin  Curtis Means, who is now 16 months old and in good health, was born weighing only 420g in Birmingham, Alabama, last year (less than a lb).

Twin curtis Means,  who is now 16 months old and in good health, was born weighing only 420g in Birmingham, Alabama, last year (less than a lb). A newborn typically weighs 7.5 lb (3.5 kg), while a full-term pregnancy typically lasts 40 weeks.

On July 4, 2020, during the Independence Day celebrations, his mother, Michelle Butler, hurried to the hospital after going into labor.

Dr. Brian Sims, who was the attending physician said,  statistically children born as young as the twins had virtually no chance of survival.   In a statement from the hospital’s operator, the University of Alabama in Birmingham, Dr. Sims stated that in cases of exceptionally difficult births, doctors frequently urge “compassionate care.” In situations of extremely preterm births.

“Being able to finally take Curtis home and surprise my older children with their little brother is a moment I will always remember,” Mrs. Butler of rural Eutaw, Alabama, said in a statement.

The youngest of the four children, Curtis, still need additional oxygen and a feeding tube, but his doctor said he is in good health. In his statement to Guinness World Records, the doctor who oversaw the delivery said, “I’ve been doing this for about 20 years, but I’ve never seen a baby this young be as strong as he was. Curtis had a unique quality.

After my baby died, I developed agoraphobia and was too scared to leave the house

Six simple techniques for teaching your mind to unwind