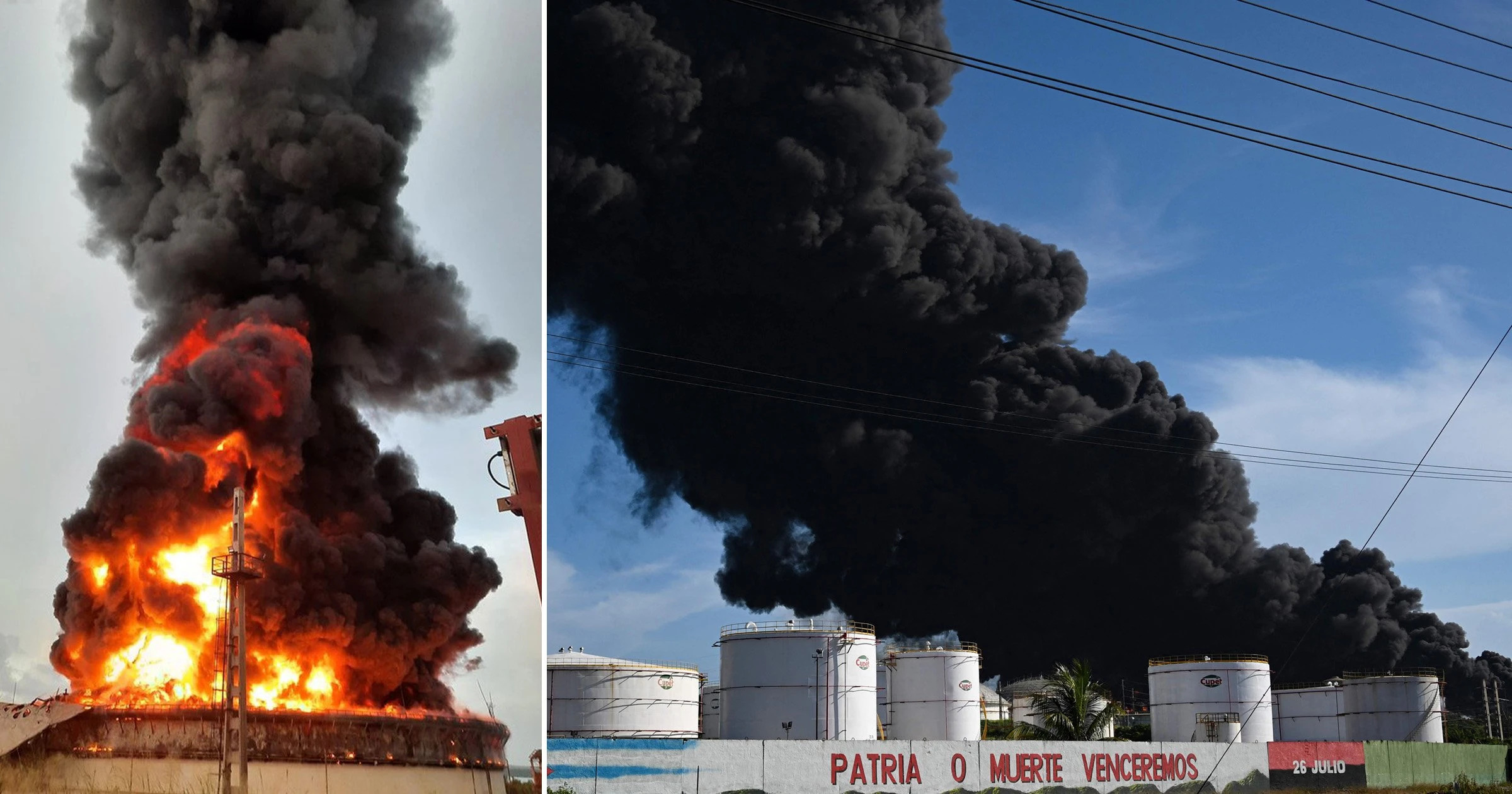 Since last night, after two enormous oil storage tanks in Cuba caught fire due to a lightning strike, huge plumes of heavy smoke have been billowing into the air.

The fire started in the first container, which burned all through the night. It later moved to a second, which burst this morning.

Near the Matanzas supertanker port, where civilians had already been evacuated, at least 49 persons were injured in the second explosion.

One of the injured, according to health minister José Angel Portal Miranda, was in critical condition, and seven others were in “grave” condition.

‘I heard the initial explosion when I was in the gym. Adiel Gonzalez, a local, claimed that “a column of smoke and tremendous flames erupted through the heavens,” adding that “the city has a distinct scent of sulphur.”

Although the exact amount of oil burned is unknown, Cuba is currently experiencing a fuel scarcity and daily blackouts.

As state-run television carried live footage of the disaster as it unfolded, President Miguel Diaz-Canel traveled to the area 80 miles east of Havana around midnight and returned the next morning.

Prior to the second explosion, Diaz-Canel tweeted that emergency personnel were “working to avert the spread of the flames and any leak of fuel” into Matanzas Bay.

By Saturday am, the fire had gotten out of hand and threatened further fuel storage tanks nearby.