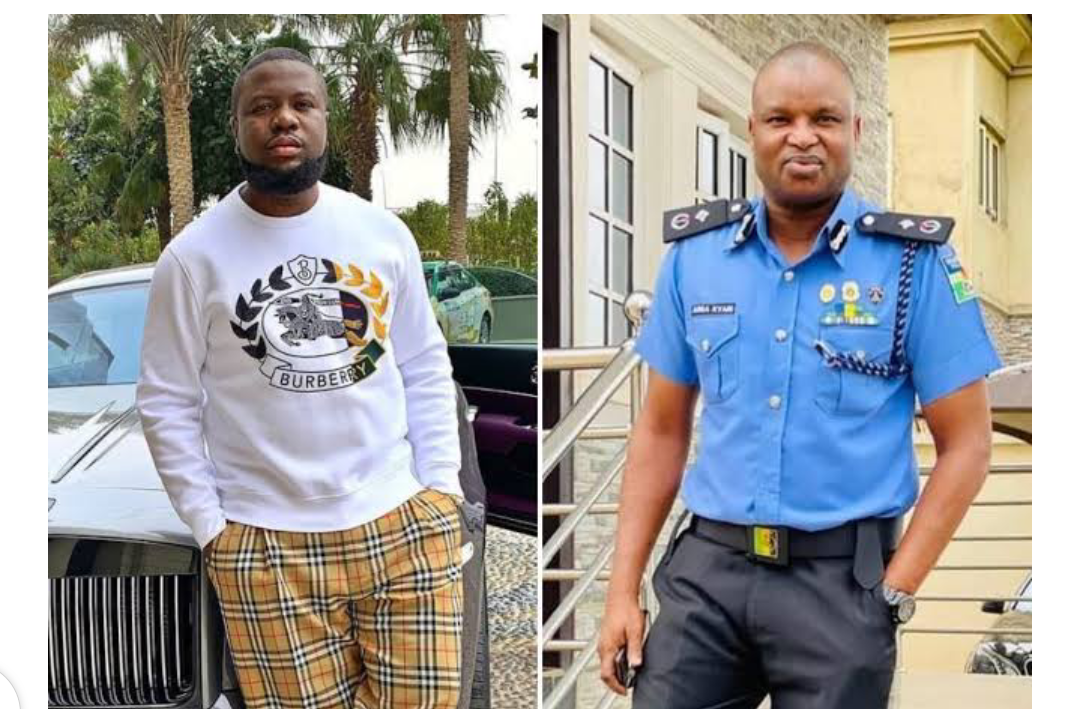 It is the first gigantic double-gated house I’m seeing in Maiduguri, the gate is made of glass and steel.

A resident of Borno state has said the bribery allegation against Nigeria’s Deputy Commissioner of Police, Abba Kyari by suspected fraudster, Ramon Olorunwa Abbas, alias Hushpuppi, didn’t come to him as a surprise.

The resident in a private message to a Nigerian academic and media scholar, Farooq Kperogi claimed Kyari is currently building a mansion on Jemina Road, Damboa.

Claiming the gate of the house was made of glass and steel, he alleged that the police chief offered N70 million to a neighbor who has a house behind his mansion “so he can have his house out of the way to enable him have straight access to the main road from this mansion.”

“Good evening Prof. Just reading your post on the Abba Kyari saga. It didn’t come to me as a surprise. Kyari is so super rich for the job he does. He is building a mansion on Jemina road of Damboa, that house is something else. It is the first gigantic double-gated house I’m seeing in Maiduguri, the gate is made of glass and steel.

“He wanted paying (sic) of a neighbour who has a house behind him 70 million naira so he can have his house out of the way to enable him have straight access to the main road from this mansion. And with a couple of people who have told stories implicating him, and them being shut up, it doesn’t come as a surprise at all,” Kperogi quoted the Borno resident as saying.

The United States Attorney’s Office, Central District of California, had issued an arrest warrant against Kyari for his alleged links to Hushpuppi, who is standing trial for various offences that include internet fraud and money laundering, among others

Hushpuppi has since pleaded guilty to the charges and, if convicted, risks a 20-year-jail term, three-year supervision upon completion of jail term and monetary restitution to the tune of $500,000 or more.

“The defendants allegedly faked the financing of a Qatari school by playing the roles of bank officials and creating a bogus website in a scheme that also bribed a foreign official to keep the elaborate pretense going after the victim was tipped off,” said Acting United States Attorney Tracy L. Wilkison.

“Mr. Abbas, who played a significant role in the scheme, funded his luxurious lifestyle by laundering illicit proceeds generated by con artists who use increasingly sophisticated means.

“In conjunction with our law enforcement partners, we will identify and prosecute perpetrators of business email compromise scams, which is a massive and growing international crime problem.”

“Mr. Abbas, among the most high-profile money launderers in the world, has admitted to his significant role in perpetrating global BEC fraud, a scheme currently plaguing Americans,” said Kristi K. Johnson, the Assistant Director in Charge of the FBI’s Los Angeles Field Office.

The court documents also outlined a dispute among members of the Hushpuppi conspiracy, which allegedly prompted him to arrange to have an individual identified as ‘co-conspirator’ Kelly Chibuzo Vincent, jailed in Nigeria by DCP Kyari.

According to the affidavit, “Kyari is a highly decorated deputy commissioner of the Nigeria Police Force who is alleged to have arranged for Vincent to be arrested and jailed at Abbas’ behest, and then sent Abbas photographs of Vincent after his arrest.

“Kyari also allegedly sent Abbas bank account details for an account into which Abbas could deposit payment for Vincent’s arrest and imprisonment.”

The Inspector General of Police has ordered an internal review of the United States’ authorities’ allegations against Kyari.

One thought on “Abba Kyari Building A Mansion In Borno, Offered Neigbour ₦70m”