A speedboat collision on vacation claimed the life of a 7-year-old girl and her family. 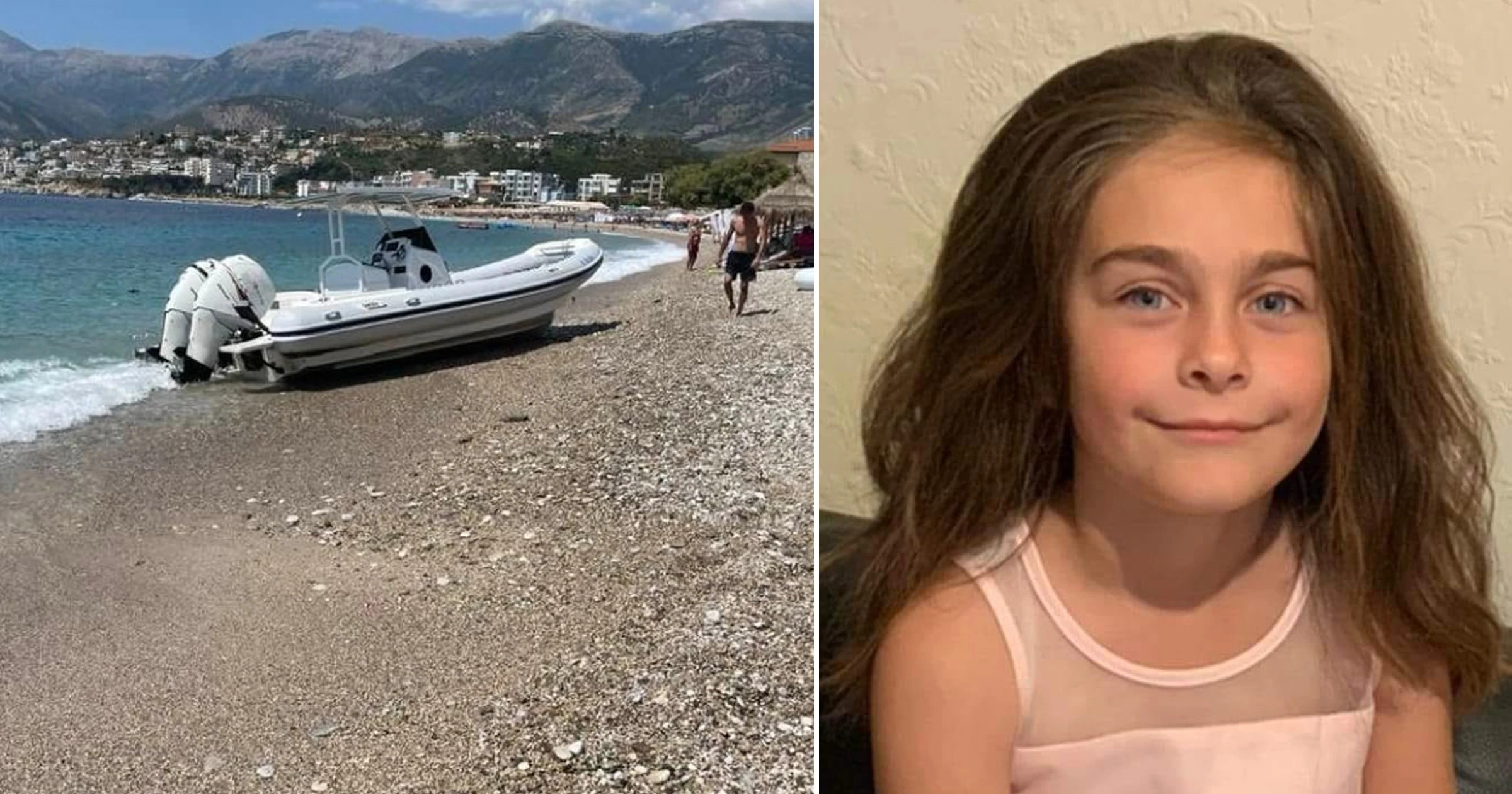 While on vacation with her parents in Albania, a little British girl was fatally injured in a speedboat accident.

The child, known locally as Jonada Avida, was seven years old and playing on the Potami beach in Himara, Southern Albania, when she was struck on Tuesday at around 2:00 p.m.

East London resident Jonada, who shared a home with her mother and father in Barking, was struck and instantly killed by a passing police officer who was not on duty.

The propellers “caused major injuries that resulted in instant loss of life,” according to a police spokesman.

According to the Albania Daily News, the motorist, named as Arjan Tase, has been charged with manslaughter and is scheduled to appear in court on Friday.

It’s been alleged that more than a dozen additional cops who were supposed to be stationed there have been fired.

At the beach where the schoolgirl died, as well as in front of the Prime Minister’s Office, hundreds of candles and flowers have been left.

Additionally, local media reports that after the murder, protests spread throughout the nation, with demonstrators calling for the resignation of Albania’s interior and tourism ministers as well as the chief of police.

Tase and the head of the national police were given the finger by the minister of tourism, Mirela Kumbaro.

“An angel is no longer with us because of the folly of a guy who disregarded every law, rule, and standard with tragically permanent results,” she told the Albanian Daily News.

The request goes to justice to do its duty, without compromising, with the harshest penalties possible for anybody who violates the law. We are aware that there are no words that can adequately comfort the parents and family for the catastrophe they have endured.

Additionally, “the request goes to the state police, to each of its personnel in the territory, to be at the level of vigilance and punishment that the uniform imposes on them.”