A 75-year-old artist pays tribute to his late cat in scenes of giant topiary gardens. 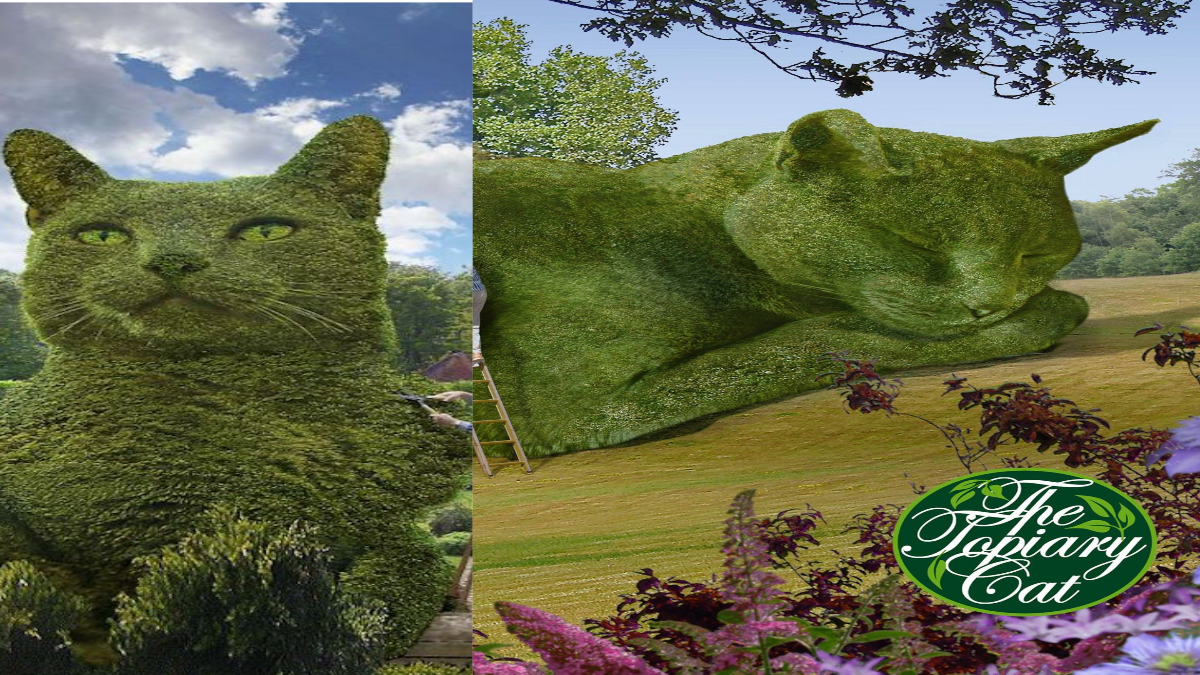 Richard Saunders, a 75-year-old British artist, created his Topiary Cat project, which includes digitally changing vegetation into big cats. His personal cat, Tolly, who sadly passed away five years ago, served as inspiration and Motivation for his ongoing series. Meanwhile, a fictional character has given his cat friend a fresh lease of life. The Topiary Cat, according to the artist, is “a mythical creature with great powers who is wiser than the ordinary mortals that witness him.”

Saunders has been a surrealist artist at his very young age, but it was during his time as an art and creative director for advertising that he first learned how to utilize Photoshop. His surrealist principles and his computer expertise were combined, and the idea for The Topiary Cat series was born.

Like Tolly, the character of The Topiary Cat is intelligent and courageous, and he has no patience for mere mortals,” says Saunders. He has no sense of time or strange human obsessions like “working,” “going to school,” “weekends, etc” because he is immortal himself.

The Topiary Cat considers the countryside and stately homes to be his own, private domain, sleeping on top of bridges and drinking from lakes. He does, however, occasionally appear in photos with some buddies.

He began the series purely for pleasure, but his pictures quickly go viral on social media and other platforms and some people even thought they were actual topiary.
Here are a some of the stunning photoshot.

One thought on “A 75-year-old artist pays tribute to his late cat in scenes of giant topiary gardens.”